At 70mm, the lens performs more or less as advertised, giving somewhere in the range of 4 stops of improvement. Very stable shooting is possible down to shutter speeds as slow as a tenth of a second. 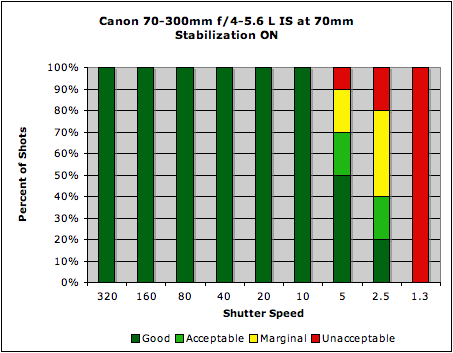 On the telephoto end (300mm) we noted some interesting results; it's not as sharp a drop-off, with stabilization on or off. 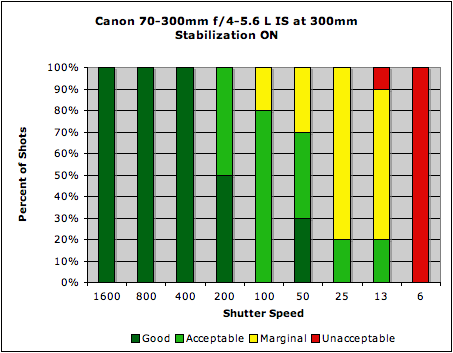 Our technician Rob had to go to a very high shutter speed to get all 10 shots in the "Good" range, although he got all 20 in the "acceptable" range down to 1/400. With IS on, we saw a few "marginal" shots start creeping in as early as 1/100 sec, but the lens managed to eke out 2 out of 10 shots in the "acceptable" range all the way out to 1/13 second. Overall we would slot it with a solid 2 stops of improvement, but it's interesting that it managed to deliver at least a few shots all the way down to 1/13.