At the widest end of its range, the Nikon 24-120mm f/4G produced about 3.5 stops of image stabilization, including a reasonable number of sharp shots with IS on at 24mm all the way down to 1/2 second; this is fairly impressive performance. 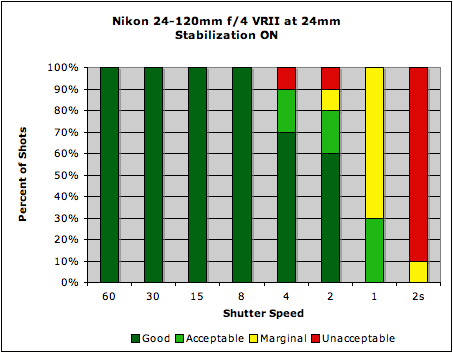 At 120mm, the lens again produces about 3.5 stops of image stabilization. However, even with extremely careful control for focus (so we're pretty certain it isn't a focus issue), the IS On results were just slightly soft at shutter speeds of 1/60 second or slower. Basically, the lens never gets as sharp as it would be at a faster shutter speed, but it hangs on with that pretty-good level of sharpness for somewhere between 3 and 4 stops. (It even managed to squeeze out two shots in the "Good" category a full 4 stops beyond what Rob managed with IS off.) 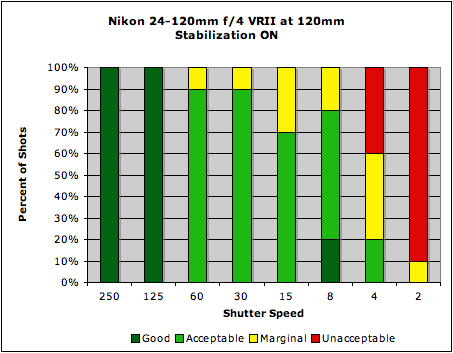