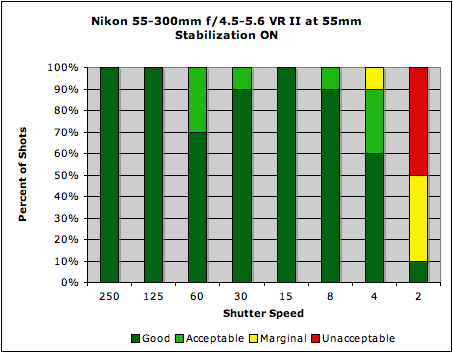 At 300mm the VR system wasn't offering the same refined performance - we note perhaps an extra stop of shake reduction. The 300mm focal length ''should'' require a shutter speed of around 1/250s, and indeed the results with VR off showed only 60% of those shots were sharp. With VR on, 70% of those shots are sharp, and the other 30% are acceptable. At 1/125s, there's no huge gain - in fact, less shots are clearly sharp, but more shots are marginally sharp. 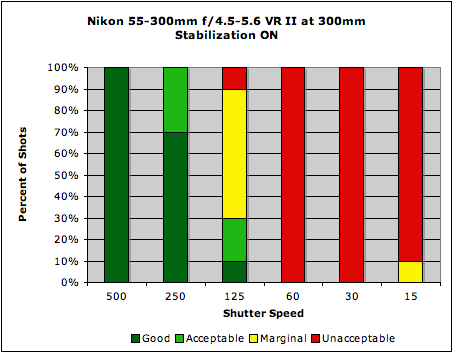