Designed exclusively for use with the Pentax line of digital SLRs, the Pentax SMC P-DA Fish-Eye 10-17mm ƒ/3.5-4.5 ED IF interchangeable lens offers fish-eye (180 degree diagonal angle of view at a focal length of 10mm) to super wide-angle performance in a single unit.

Introduction
If you've ever had the problem of not being able to get everything into the frame, an ultra-wide angle lens may be the solution. The Pentax 10-17mm ƒ/3.5-4.5 IF SMC P-DA Fisheye is one such lens, offering up to 180 degrees of coverage when set to 10mm. The lens has an effective focal length of 15-27mm when mounted on a Pentax digital body. As a designed-for -digital lens, it will mount on older Pentax film bodies, but there's no aperture ring so it won't work properly if the camera can't set the aperture. Further, the glass elements are designed for the smaller APS-C sensor; vignetting will occur at focal lengths wider than 14mm. But if you're fine with these caveats be prepared for some really wild barrel distortion, as the lens produces results which don't attempt to correct for distortion - the ''fish-eye'' effect.

This fisheye effect wrought havoc with our testing, such that we don't have results for 10mm in sharpness, chromatic aberration or vignetting. Further, we have no results for distortion at all, so you'd be best served by looking at our sample photos at the end of this review. Before moving on to cover those aspects, other things you should know about this lens are that it is built with an integrated lens hood, more to prevent damage than flare, and it can't take front or rear filters. It's available now, for around $400.

Sharpness
As mentioned, we don't have blur results for 10mm, which is a shame, as this lens is probably going to be used most at this focal length. Given that our DxO software must focus on a specific test grid to get its results, it was just impossible to focus the image correctly to achieve this.

That said, we do have results for 14mm and 17mm, and they are excellent. Wide open at ƒ/4 at 14mm, the lens is very sharp at between 1 and 1.5 blur units. This performance improves slightly as the lens is stopped down, until it encounters diffraction limiting at ƒ/22 and ƒ/29. Even then, blur performance is still very good, at around 2.5 blur units.

At 17mm the sharpness profile is similar to 14mm, but just slightly worse. ƒ/5.6 see some very slight and exceptional corner softness that disappears by ƒ/8. Again, performance is excellent until ƒ/16, and by ƒ/22 diffraction limiting sets in but still provides very good sharpness.

Chromatic Aberration
For 14mm and 17mm, chromatic aberration is surprisingly well controlled for a lens which is collecting light across such a wide angle. Maximum CA results are off the charts at 14mm, and consulting the sample images you can see clear evidence of this in the corner regions - obvious purple fringing on edges. 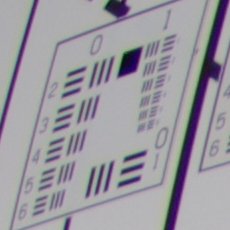 However, the real story here is how well chromatic aberration is controlled through the rest of the image; with an average presence of only 3/100ths of a percent of frame height, this means chromatic aberration is only present as an extreme exception. This performance improves at 17mm, where maximum CA results actually appear on the chart, and average performance improves slightly. CA is still obviously present in the extreme edges.

Happily, any chromatic aberration can be removed quite effectively with the Pentax PHOTO Laboratory software, at least on RAW images shot with a Pentax camera.

Shading (''Vignetting'')
We'll need a bigger test graph to test for vignetting with the 10-17mm - a much bigger graph. Based on a few subjective tests (again, consult the sample images), I'd say that we're looking at about a one-stop difference in the corners when set to 10mm.

At 14mm and 17mm, corner shading isn't much of an issue, images being 0.75 EV darker in the corners at 14mm and ƒ/4, and a half-stop darker at 17mm and ƒ/4.5. After these extremes corner shading lightens, until it reaches a negligible quarter-stop difference by ƒ/8.

Distortion
Oh yes, there's distortion. Jim tells me when he put the test shots into the distortion module for testing, it came out with the number ''42'' and shut down for the night to sulk.

In this case, a picture is really worth a thousand words, and I recommend looking at the sample images below to see just how distorted an image can be produced by a fisheye lens.

Autofocus Operation
The 10-17mm is mechanically driven, producing a noticeable noise when being autofocused. It racks through its entire focus range very quickly on a K100D Super, at almost exactly one second. Point to point focusing is very quick and responsive, and much quieter.

Macro
An ultra-wide angle fisheye lens isn't the first lens you'd think of when thinking of doing macro shots. It does produce a respectable magnification ratio of 0.39x, and has a close-focus distance of only 14cm (around 5 inches). Given that this is measured from the sensor, this means around one inch from the end of the lens, so there is a bit of a concern for bumping your lens up against the subject, not to mention lighting the subject properly.

Build Quality and Handling
The 10-17mm ƒ/3.5-4.5 is a solid lens, with metal external construction. The lens mount is metal, and as you can't attach filters to this lens, you won't need to worry about whether the filter ring is metal or not. There is a 4mm-wide shroud surrounding the rear lens element, so the adventurous could tape on a gelatin filter, but I wouldn't advise it. There is a distance scale etched onto the focus ring, but unsurprisingly, no depth-of-field scale or IR index.

The lens is very comfortable to use. Zoom operation takes up the majority of the real estate of the lens, with a quarter-turn extending the lens through its entire range. The zoom ring is a nicely textured plastic, easy to grip and turn with just one finger, but with enough resistance to avoid accidentally changing the focal length. Given the very short travel for zoom operation, zoom creep isn't a factor with this lens.

The focus system is Pentax's ''quick-shift'' technology, allowing the user to override autofocus at any time by just turning the focus ring. The focus ring isn't as substantial as the zoom ring, but given the immense depth-of-field produced by this lens, getting accurate focus isn't a problem for images made with this lens. The focus ring moves very easily on this sample, perhaps too easily for my liking, especially as with the quick-shift system, there's no way to ensure the focus remains in position. 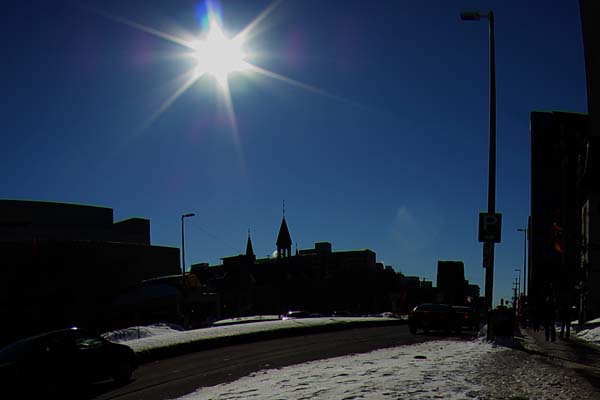 Flare is well-controlled by the lens, even with the sun directly in the frame. This is a good thing because the integrated lens hood of the lens isn't really that effective at preventing flare; this is the nature of an extreme wide-angle lens. When using a lens of this wide-angle capability, it's really quite hard to prevent the sun getting in your frame, other than with creative use of your hand as a shield. In fact, I can't imagine a hood that would actually be useful, given that a hood of any size would actually show up on the edges of images made with the lens set to 10mm.

Alternatives
We haven't tested most of the following lenses, but they are worth considering if you're in the market for a fisheye or extreme wide-angle lens.

Pentax 12-24mm f/4 ED AL IF SMC P-DA ~$700
Designed for digital, so expect vignetting on older bodies (also, no aperture ring). Rectilinear design instead of fisheye. It does take 77mm filters and comes with a massive lens hood.

Pentax 14mm f/2.8 ED IF SMC P-DA ~$600
Also designed for digital, the 14mm prime is a faster lens, but also slightly more expensive. It's an ultra-wide rectilinear lens, which will have an effective focal length of 21mm on a digital body.

Sigma 10-20mm f/4-5.6 EX DC HSM ~$460
We have tested this lens, and found excellent optical performance. Sharpness is very good, even wide open, but chromatic aberration can be detected in the corners. While designed as a rectilinear lens, distortion is a factor when set to 10mm, but if you're looking for something in the fisheye category, this could be a good thing. Takes 77mm filters.

Conclusion
There's a lot to like about the Pentax 10-17mm ƒ/3.5-4.5 fisheye. You never have to worry about getting your landscape into the frame; on the contrary, I found that in use I had more of an issue trying to keep either the sun, or my shadow, out of the frame. Keeping the sun at bay turned out to be less important, as flare was better-controlled than I would have expected from a wide-angle lens. Pentax markets this lens as allowing the user to ''capture images with an expanded perspective including creative deformation...'' and it's true, I can see many possibilities with the fisheye lens that just aren't possible without extensive post-processing. Optically it's very good (at least, as much as our tests can measure) and the build quality measures up very nicely as well. The best part is that it's not prohibitively expensive, making a swim in the wide world of fisheyes a very easy possibility.

Given the difficulty we had in getting meaningful data at 10mm, we've added some extra sample images for your review.