Megapixels are not everything, but they do matter for achieving critical sharpness in your prints 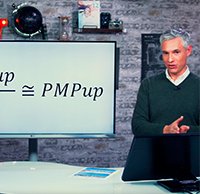 Professional photographer Tony Northrup asks in a new video, "Megapixels, should you care?" The answer is "yes." But why? In his video, Tony goes over megapixels in great detail and busts a few myths along the way.

Tony firsts discusses the 300 DPI rule. According to Tony, this oft-referenced rule of thumb is "essentially worthless." Looking at the actual numbers, using this 300 DPI rule you can take the horizontal or vertical resolution of your image, depending on the orientation of your final print, and divide it by 300 to get the resulting maximum size in inches of a print that you can make from that file. For example, Sony's 12-megapixel A7S II has an image with a horizontal resolution of 4,240, divided by 300, you could create a 14" wide print at 300 DPI resolution. On the other end of the DSLR megapixel spectrum is the Canon 5DS R which has a horizontal resolution of 8,688 pixels, providing a 29" wide print at 300 DPI. You've likely seen a chart like this somewhere before when reading about megapixels. Tony Northrup says to ignore it, it's worthless.

What about with real-world prints? Tony made two relatively small 300 DPI prints of the same image, taken with two different cameras and two different lenses. They're both 300 DPI prints, so should they be pretty much the same? They aren't. 300 DPI is clearly not all that matters for sharpness, the lens is definitely a much more important part of the equation.

Perceptual megapixels, or P-MPix, is what truly matters when considering the level of detail that a camera can generate. Combining the sharpness of your lens and the megapixels of your camera provides the P-MPix. This concept, devised by DxOMark, as applied to a 24-megapixel Nikon APS-C DSLR, such as a Nikon D3300 using a Nikon 18-55mm kit lens yields images with only 9 perceptual megapixels. Now consider the 300 DPI equation above, a 24-megapixel camera should be able to produce images larger than 11" x 14". However, with the kit lens attached, you're only really going to achieve detailed prints up to 8" x 10".

Consider the Zeiss Otus 85mm f/1.4 lens paired with a Nikon D810 camera body. According to DxOMark, this combination provides 35 perceived megapixels, which means that the Zeiss Otus is almost optically perfect. Check out another one of Tony's videos below that covers how to use DxOMark to learn more about lens sharpness and sensor quality.

It is important to note that lenses themselves don't simply have an associated level of perceptual megapixels, as using the same lens on different cameras will produce different results. There is no simple formula for calculating how sharp a lens is because P-Mpix is the result of both the lens and the imaging sensor. Tony has a helpful, simple formula for providing an idea of how much additional detail he'll get when using a particular lens by upgrading his camera: (new camera megapixel total - old camera megapixel total) / 2 = perceived megapixel upgrade. For example, if Tony upgrades his Canon 5D Mark III to a Canon 5DS R, then the equation is (50 - 21) / 2 = 14.5 perceived megapixel upgrade. This holds up in a general way when considering many different cameras and lenses. What this ultimately means is that upgrading your camera to one with more megapixels will always yield more detail. This will be most evident at larger print sizes, although it will be visible at smaller print sizes too. Each additional sensor megapixel does not add a full megapixel of perceived detail in a print, but megapixels clearly do make a difference. The 50-megapixel Canon 5DS R will allow you to print larger, sharper images, all else equal, than a camera with fewer megapixels. However, if you stick a bad lens on the 5DS R, then prints won't be as good as you might expect, especially at larger sizes. Both sensor megapixels and lens sharpness are important.

Make sure to watch the first video above to learn more about megapixels, including a discussion about crop factors and an overview of other factors that impact image sharpness and detail, such as a camera's anti-aliasing filter, diffraction, atmospheric conditions, camera shake, and motion blur. Further, he also discusses viewing distance, which is very important when considering very large print sizes, such as posters or even billboards.

The main takeaway from Tony's discussion on megapixels is that the 300 DPI rule is far too simplified and that lenses are of critical importance when considering how large you can print without losing sharpness. If you are using sharp lenses, you will benefit from having more megapixels. If you are using less sharp lenses, you will still benefit from having more megapixels, although the benefit will be less.