Why is color calibration critical? 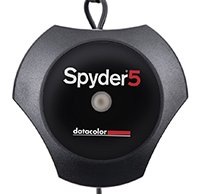 According to Cardinal, having a properly-calibrated monitor is critically important. "I don't see how you can properly work on your images without calibrating," he says.

For Cardinal, he likes the Datacolor Spyder 5 because it is relatively inexpensive at $150, is lightweight and user-friendly, takes only five minutes to provide a calibrated monitor, and can calibrate both desktop and laptop monitors. The Spyder5 comes in four variations, Express, Pro, Elite, and Studio, which you can read more about at Datacolor's website.

On the photo tours and safaris that Cardinal leads, which you can read more about here, he says that there are always photographers that don't understand the importance of color calibration. Photographers are disappointed when comparing their images to Cardinal's, theirs showing flat and inaccurate colors on their uncalibrated monitors. He then shows them their images on a calibrated monitor. According to Cardinal, the problem is that by default, monitors are not necessarily calibrated for photography, but are rather calibrated for software that most users will use.

To read more about the importance of color calibration, read the full article at PDN and read a blog post from Cardinal about color spaces. Datacolor Spyder 5 product image illustrating the difference between before (left) and after (right) monitor calibration.

Check out the video below to watch Adorama Photography TV's episode on monitor calibration with photographer Mark Wallace.

And for our own Datacolor Spyder5 review by Mike Tomkins, click here!