Previous Story In the market for a 75-150mm eq. f/1.8 portrait zoom? Or how about a 30mm f/1.4? Sigma has you covered
Next Story Ricoh celebrates 80th anniversary with limited-edition Pentax K-3 II Silver, updates WG-series action cam 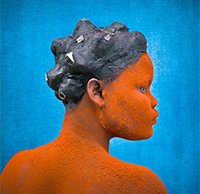 Started in 2007 and organized by the World Photography Organization, the Sony World Photography Awards have grown immensely and have become the world's largest photography competition. The shortlist for this year's awards has been revealed, with nearly 60 countries represented by over 270 photographers.

This year's competition attracted a massive entry of 230,103 images, which is a 33% increase over the entries received in 2015. In all, entrants from 186 countries entered the competition, which is the largest number of countries represented in the awards' history. With the over 200,000 images entered this year, the total number of entries into the Sony World Photography awards competition has now eclipsed the 1 million image mark.

There are three competitions within the Sony World Photography Awards: Professional, Open, and Youth. The Professional competition saw a particularly large increase in entries, up 45% compared to last year. There were 127,098 Professional entries; 95,541 Open entries; and 7,464 Youth entries. Within these entries the judges found "originality" and "empathy" to be emerging themes. They also observed photographers utilizing more unique technologies, such as drone and underwater photography. The jury, which had the arduous task of narrowing down these 230,103 images to the newly-revealed shortlist, is chaired by Dominque Green and Sue Steward. The full list of judges is viewable here. Click on the following links to see the shortlists for this year's awards: Professional, Open, and Youth.

Photographers who have made the Professional categories' shortlist are now competing for the title of "Photographer of the Year" and a $25,000 prize. The Open and Youth winners will each receive $5,000. The overall winners will be announced at the Sony World Photography Awards Gala Ceremony in London on April 21st. In addition to their prize money and titles, winners will also receive the newest digital imaging gear from Sony. The selected images will be on display from April 22nd until May 8th at the Somerset House in London. Exhibition tickets are available here. Also included in the exhibition is the first major European exhibition of the contemporary fine art photography duo of RongRong & inri who are from China and Japan, respectively. Their contemporary photography in Asia has had an extensive cultural impact and they will be receiving the Oustanding Contribution to Photography award. The Sony World Photography Awards have been to free to enter and this year's deadlines ranged from last December to early January, so interested photographers have plenty of time to work on your submissions for next year!

Tweet
Comment
Previous Story In the market for a 75-150mm eq. f/1.8 portrait zoom? Or how about a 30mm f/1.4? Sigma has you covered
Next Story Ricoh celebrates 80th anniversary with limited-edition Pentax K-3 II Silver, updates WG-series action cam