A Leica smartphone? Leica and Huawei to partner up 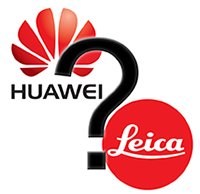 Leica is apparently entering the smartphone market in some capacity, having recently announced that it is pairing up with the Chinese company Huawei. In 2015 Huawei sold over 100 million mobile phones, becoming the first Chinese company to achieve this milestone. This past fall, Huawei partnered up with Google to develop the Nexus 6P smartphone, which can be seen below.

Huawei hopes to further its success in 2016 by partnering with Leica Camera AG. CEO of Huawei Consumer Business Group Richard Yu said of the partnership, "We choose our partners carefully, and with this extraordinary collaboration we are offering our wide customer base and consumers the best elements of two expert brands in harmony…Leica is a legend in the world of photography; we believe no other manufacturer has revolutionized the industry as much as them."

Leica has been producing high-quality cameras and lenses for over 100 years. Their products display a premium level of precision. Oliver Kaltner, CEO of Leica Camera AG, says, "The strategic alliance between Huawei and Leica Camera demonstrates the desire of two rapidly growing and globally active brands to continuously push the envelope of the technologically possible…The technology partnership with Huawei offers Leica Camera an excellent opportunity to introduce its proven optical expertise into a new product segment… Smartphones make a very important contribution to the world of photography and open an important door for Leica to new target groups and fields of application."

According to the press release, the partnership will include "research and development, design, co-engineering, user experience, [and] marketing and retail distribution." Further details will be shared at a later date. As of right now, it is not clear what these two powerhouse brands have in mind. Leica provided the lens for the Panasonic CM1 (and subsequent CM10, which has only been released in Japan). Is Leica's partnership with Huawei going to result in a similar device for Huawei, or will it be something else?

Will we see something akin to Leica's involvement in the Panasonic CM1 or something different? Photo District News theorizes that this could be something bigger than the CM1, which utilized a Leica-branded lens. Only time will tell. Readers, what do you think Leica and Huawei might be up to? Let us know in the comments below.