Terrific timelapses: From Slovakian mountains to Los Angeles at night 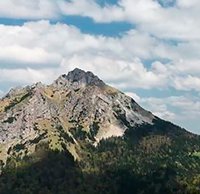 Fstoppers' co-founder Lee Morris compiled a list of five fantastic timelapse videos -- a selection that's sure to inspire and amaze. Three of the timelapse videos focus on beautiful outdoor scenes whereas the other two are timelapses of bustling cities.

I've actually written about one of the videos on Lee's list, Vista by Leif Erik Smith, so check the video out at the link above.

Joe Capra released this trailer for an upcoming timelapse film, Pano LA, which was recorded using a two-camera set-up that provides 10K x 4K resolution timelapse images. While the trailer below is only a minute long, it sets the stage for what should be a visually stunning full film, which is "coming soon."

P A N O | L A - a panoramic timelapse trailer from SCIENTIFANTASTIC on Vimeo.

To see the other two remaining timelapse videos that Lee selected, head on over to the full article at Fstoppers.