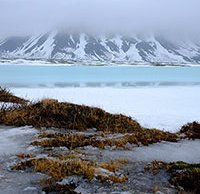 Wake up with IR... Here's today's dose of Caffeine Priority!

Fujifilm’s new APS-C fixed-focal length X70 combines a lot of aspects that I’ve liked with previous Fujifilm cameras and brings them to a new moderately compact camera body. The Fuji X70 is a small but highly capable camera that I’ve thoroughly enjoyed using so far.

As has been the case with many Fujifilm cameras of late, this retro-inspired camera features numerous physical controls that should satisfy the more seasoned photographers out there. The X70 has a shutter speed dial and an exposure compensation dial on the top of the camera, as well as a manual aperture ring around the lens -- similar to its bigger brother, the Fuji X100T.

Despite being compact, the camera is actually quite comfortable to hold and use. There is a small front grip, which despite not adding a lot of depth to the camera, does add a lot of comfort for the user. The camera doesn’t make many compromises despite its compact nature. The X70 utilizes a fixed focal length lens which has a 35mm equivalent focal length of 28mm and a maximum aperture of f/2.8. The lens is the same length even when turning the camera on, unlike many compact fixed-lens cameras, which is really nice. I haven’t extensively tested the lens yet, but it has so far proven to be very capable. Performance is impressive with the X70 as well. The autofocus system has thus far performed well, proving to be quite quick and accurate. Metering has worked okay, although I have regularly found myself needing to use the exposure compensation dial to increase exposure. Overall, the X70 has impressed me. It is a fun camera to use. Its very hands-on controls have at times prompted me to slow down and be more deliberate in the field, which I appreciate. When needed, the camera can also be quick, with a dependable fully automatic mode and other fast-paced shooting modes. Look forward to my full field test of the X70 in the coming weeks, where I will discuss all of the above in greater detail and also discuss low light performance, video performance, and more.