Previous Story Plug-ins for everyone: Google makes Nik Collection free to download
Next Story Have a “weird” weekend with these “weird lens reviews” 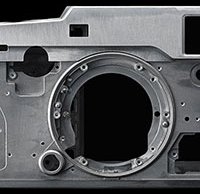 Some Fujifilm X-Pro2 users have been experiencing a troubling issue with their new cameras, when the X-Pro2 goes inadvertantly back to factory reset and all of their custom settings have been lost.

The cause of this issue remains unknown, but some users have lamented that it might be related to the X-Pro2's internal backup battery running dry. Per the X-Pro2's owner's manual, camera settings may be reset if the camera is without its battery for an "extended period" of time. However, after publishing this theory, Fuji Rumors readers wrote in that they were having this issue even when using the camera with a fully-charged battery.

In light of the issue, Fujifilm Japan has today released a statement regarding the factory reset issue. The original Fujifilm statement can be read here but it essentially says that Fujifilm apologizes for the inconvenience caused to users by a factory reset and that there is a firmware update (1.01) available to X-Pro2 users to address the issue. The firmware update is available here.

Although this issue appears to be fairly limited in scope, it has affected various users at both Fuji Rumors and Digital Photography Review. You can read a forum thread on the issue at DPR here. As of this morning, a poll in the above thread showed 18 of 24 users responding to the poll having experienced a "random" reset of their X-Pro2 to factory settings. Of course, it is more likely that affected users will be reading and responding to forum threads about the issue, so it is difficult to know what percentage of X-Pro2 users have experienced a random factory reset of their new cameras.

Time will tell if the new firmware update will remedy the issue for affected users, but it's good to know that Fujifilm has quickly pushed for a firmware update to hopefully address the issue.

X-Pro2 users, have any of you been affected by the factory reset issue? Let us know about your experiences with the X-Pro2 in the comments below. Also, be looking for our upcoming X-Pro2 field test.

(Seen via The New Camera and Fuji Rumors)