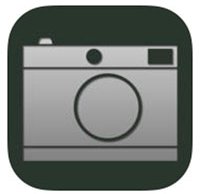 There are tons of iPhone camera apps available. Some people get by just fine with the native camera app in iOS. Others want more control over their images. What is true for iPhone users in general is that they tend to like taking photos with their phones. This is evidenced by the top four most popular cameras on Flickr being iPhone models.

Fstoppers' Sean Molin estimates that he has gone through twenty-five camera apps for his iPhone, searching for the one that offers the control he desires and delivers the features that are most important to him. Finally, he may have found just the app he has been looking for, Custom Cam.

Custom Cam came to be when videographer and photographer Daan van de Westelaken was looking for the perfect camera app, as Sean has been, but came up empty-handed. Rather than settle for one of the existing applications, he instead decided to make his own. Custom Cam has a variety of interesting features including: full manual control of the iPhone camera; the ability to make any control automatic; 3D Touch shutter; manual, auto, and face detect autofocus modes; swipe-based system for adjustments; assignable buttons; and JPEG or uncompressed TIFF files. You can see here many of the options available in Custom Cam.

The interesting 3D Touch shutter works very well according to Sean, but you will need an iPhone 6s or 6s Plus to use it because it uses Apple's new Force Touch feature. You'll be able to press lightly to focus the camera and then press harder to actually release the "shutter." Certainly a neat idea and utilization of the Force Touch technology.

I downloaded the app to try it out for myself and I came away impressed. It offers a lot of settings and controls that you don't find with the built-in Camera app and likely won't find in many third-party apps. You can change focus mode, auto focus mode, image quality (while you can't capture RAW images with an iPhone yet, being able to capture TIFF images is a nice option to have), metering mode, and much more. To read Sean's thoughts on the app and find out what he liked and didn't like, check out his review of Custom Cam here.

Personally, I like the app a lot. It has a minimalist UI, which I really like for a phone camera, but it doesn't skimp on controls or options. I did find that it was a bit sluggish on my iPhone 6 Plus, but it still performed well overall.

If you'd like to check the app out for yourself, it's available for $1.99 from the App Store. You can read more about the app and its creator Daan van de Westelaken at his website.