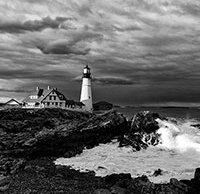 The Sony A6000 was a very popular camera indeed; the best-selling interchangeable lens camera over $600 and the best-selling mirrorless camera. The Sony A6300 is a very good follow-up to the A6000, besting its predecessor in basically every way.

During my field test with the Sony A6300, I found it to be a great mirrorless camera overall. It is compact, but includes many controls. It has an APS-C sensor that delivers really good image quality, even at higher ISOs. Many of its best improvements are subtle in nature, such as the redesigned APS-C CMOS sensor and improved electronic viewfinder. However, some other improvements are immediately noticeable, such as the massive boost in autofocus performance and the wide array of excellent video features. On the other hand, some shortcomings remain, like the clunky menus and lack of touchscreen functionality. Other issues only present themselves in particular situations, like during continuous shooting when the unfortunately-slow buffer clearing becomes apparent. However, it is also during continuous shooting at eight frames per second when the excellent new electronic viewfinder really shows its stuff.

The Sony A6300 is a very good mirrorless camera, and delivers a ton of performance and features for its roughly US$1,000 price tag. As more enthusiast photographers move toward full-frame sensors, the Sony A6300 is here to make the claim that there is still a place for crop sensors for serious photographers. Read my Sony A6300 field test to see if this new camera is up to that challenge.