Moving beyond the rule of thirds: Using light and direction to create compelling compositions 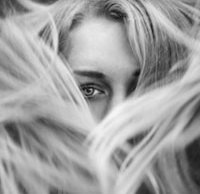 Composition: It's one of the primary pillars of photography and art in general. We are likely all familiar with the rule of thirds and perhaps also the golden ratio, but photographer James Allen Stewart thinks that there are more modern rules of composition that are perhaps more intuitive. Further, he thinks that there are good ways to break the rules.

In the video below (which we should note does contain some non-work safe elements), Stewart starts by covering some basic rules of composition that should sound familiar to anyone whose cracked open a photography book or read guides online. Beyond these, though, he goes on to describe some of his own rules which break the four traditional rules of composition.

Stewart also feels that it's important to think about direction and story in composition. Sometimes simply flipping an image can improve its composition, he suggests, depending on the various elements within the frame. If something doesn't seem quite right about an image, try flipping it during post-processing; it might do the trick.

If you'd like to learn more about advanced composition techniques, SLR Lounge recently published a guide covering ways to move beyond the rule of thirds compositional technique. A few of their tips include using a frame within a frame and using colors and contrast to create a compelling composition.