Get shooting! Entries now open for the 10th edition of the Sony World Photography Awards 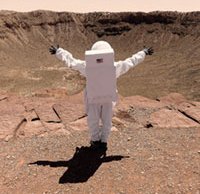 Just over a month after selecting the winners for the massive 2016 Sony World Photography Awards, the World Photo Organization (WPO) has now opened entries for the 2017 edition. It is reasonable to expect a big turnout for 2017's contest after 2016 saw more than 230,000 entries come in from nearly 200 countries, a 33 percent increase over the total photos entered in 2015.

2017 also marks the 10-year anniversary of the "world's largest photography competition." This is an important milestone for the awards says Scott Gray, CEO of the World Photography Organization: "We are extremely proud to reach our 10th anniversary. We are committed to challenging photographers to push their creative boundaries in the years to come."

As was the case last year, the prize fund is $30,000 USD "plus the latest Sony digital imaging equipment." Besides the potential to win prizes, the awards also bring with them the opportunity for sharing your work with a large audience and gaining valuable exposure. According to the WPO, English language articles regarding the competition were read by nearly 1 billion people in 2015. Additionally, the shortlisted, commended and winning photographers will all have their selected works exhibited in London and be included in the Sony World Photography Awards book. Entries are accepted into four categories: professional, open, youth and student focus. If you're ready to enter the 2017 edition of the awards, click here. If you have any questions or need help, visit the Help and FAQ page.

You can also take a look back at 40 of the best entries from the 2016 Sony World Photography Awards to get a sense of the level of competition you can expect to be facing come early next year.