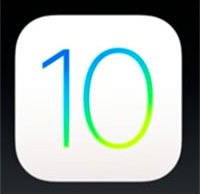 During their WWDC keynote address on Monday, Apple discussed the next versions of their major operating systems, tvOS, watchOS, macOS and iOS. Included in the next version of iOS, designated iOS 10, Apple will be including RAW photo editing. Android devices have had access to RAW images for a while now so it isn't surprising to see that Apple is finally moving in that direction.

This was not discussed during the press event, but it was shown as a feature in the background of the presentation itself, as caught by a reddit user and discussed on PetaPixel. While there are still details to be worked out regarding RAW photo editing, it appears that RAW photo capture itself will also be included according to app developers who have access to the beta version of Apple's latest iOS software. As such, your iPhone should soon be able to capture a .dng and .jpg pair of images.

There are more updates to photography in iOS 10 including giving third-party developers access to RAW image files and Apple's Live Photos feature (available on iPhone 6s and 6s Plus). Live Photos will also now include image stabilization, filters and other basic edits. All photos will now be able to be tuned to your liking with a new "brilliance" adjustment slider as well. In addition to giving developers and photographers access to more data, the Photos app will employ face and object recognition to organize and even map out your photos, and organized into "Memories." Unlike a similar feature offered by Google Photos, Apple's facial recognition will take place locally rather than in the cloud.

For more information on iOS 10, see here. You'll be able to get your hands on the new software in July during a public beta or you can wait until the full official release in the fall.

It'll be interesting to see if the inevitable new iPhone 7 (assuming standard Apple naming convention) and its rumored dual lens camera will be able to take better advantage of the new photography features found in iOS 10.