Are your images unforgettable? Run them through MIT’s “MemNet” algorithm to find out 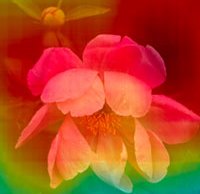 We have a wide array of goals for our images, but I think it's often the case that no matter the subject matter or purpose for releasing the shutter, we hope to make images that a viewer will remember. It isn't easy to determine if an image will be memorable, however.

Massachusetts Institute of Technology's Computer Science and Artificial Intelligence Laboratory (CSAIL) has created the "MemNet" algorithm to determine just how memorable an image really is. You can read much more about this project and its findings here.

If you'd like to skip the highly technical research and find out if your images are memorable or not, you can run through LaMem here. In its current state, the algorithm can lead to some interesting and counterintuitive results with seemingly bland and forgettable images scoring higher than you might expect. For instance, I suggest searching for some "best of" lists for popular landscape images and running them through the demo. You'll find that they routinely score as less memorable than many of the shots in LaMem's dataset, including a photo of three television remote controls that apparently scored 0.99. Consider also the very memorable images at the bottom of this article, both of which scored "medium" memorability despite being iconic and arguably very memorable photographs. They hammer home just how important context is for memorable images, something that evades the current algorithm, it seems. Results aside, the creation of an algorithm like this is very intriguing. As Photoxels states, it is not all that difficult to see potential applications for something like this. Advertising could become more effective, or more interestingly, perhaps a camera could have some form of image evaluation built in to help you take better photos. Imagine, for instance, a future version of Photoshop that could give you suggested crops based on enhancing memorability.

While we aren't quite there yet, try a few of your own images in the demo or think about the most memorable images you've seen online and see if they're determined to be as memorable as you think they are. (Seen via Photoxels. Archival photos are in the public domain.)