Previous Story Affordable studio lighting: Create your own set of lightweight, efficient LED lights for less than $300
Next Story Kumamoto earthquakes continue to have impact: Shortage on the way for older Sony cameras 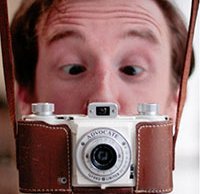 With a seemingly steady stream of news about more and more companies ceasing production of different films, it might surprise you to hear that there's a store in England that is not only holding onto film, but eschewing digital altogether.

West Yorkshire Cameras is located in Leeds Corn Exchange and they buy, sell, repair and refurbish all sorts of analog camera gear. They carry accessories too. While you will find modern lenses that can work on your digital cameras, you won't find any digital cameras themselves at the shop.

Fstoppers' Jack Alexander recently chatted with Howard from West Yorkshire Cameras about their business. One of the questions was where does all this gear come from? Turns out it's mostly sourced from the public, which can make it tricky to predict when certain pieces of gear may arrive at the shop, if they ever do.

There is much more to learn from Jack's discussion with Howard, including film versus digital and what advantages film may still have, so be sure to check it out. If you're interested in what film photography might be able to do for your photography, check out these eight reasons why digital photographers should try shooting film. And remember, you don't have to break the bank to get into shooting film, even medium format film.

"Well actually, I think you will find that it hasn't got the original instructions with it, so it's not really a mint condition boxed set" corrected the SuperNerd who started talking behind me. The nasal, greasy tone was horribly familiar. Before I had even begun to form a response I was pre-emptively attacked again - "It's called the S1 but it's not actually the first Pentax SLR. They had the S, and the S2 before it, kind of like the Leica M3 came before the M2 and M1" the SuperNerd droned on. I tried to concentrate on something else but to no avail "It was released in 1960 and it has a secret 1/1000th of a second shutter speed, past the 1/500th speed marked on the dial" I was subjected to a barrage of facts and specific details I hadn't asked for but somehow already knew. That's when I turned around, ready to retort. There was nobody there. I was the only person in the room. I was the SuperNerd the whole time. #noregrets #pentax #filmcamerasinternational #shootfilm

A photo posted by West Yorkshire Cameras (@wycameras) on

It's clear that film isn't dead yet, especially with dedicated camera stores and photographers like West Yorkshire Cameras finding success in keeping it alive.

Tweet
Comment
Previous Story Affordable studio lighting: Create your own set of lightweight, efficient LED lights for less than $300
Next Story Kumamoto earthquakes continue to have impact: Shortage on the way for older Sony cameras