Kumamoto earthquakes continue to have impact: Shortage on the way for older Sony cameras 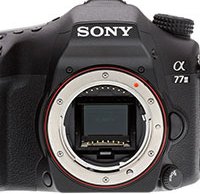 On Friday, Sony Japan released an update on the impact the Kumamoto earthquakes are having on their camera production. Sony is far from the only company impacted as Ricoh, Nikon and others have been affected by the devastating earthquakes.

In their statement, which includes an apology to all of the people affected by the impact that the event has had on their production for both Sony products and their business partners, Sony Japan provides a list of products which will be delayed further.

The list includes the Sony A7, A7R, A7S, A5100, A77 II and A99 cameras. Despite their best efforts, it is unclear when these cameras will return to normal production levels. However, it is promising that all of the cameras listed above are from 2014 or earlier. Notably absent from this most recent announcement is the second-generation A7-series cameras and Sony's latest APS-C mirrorless camera, the A6300. Sony image sensor plants. While the plants were reported to be coming back online soon in May, all is not back to normal yet.

It looks as though photographers trying to get their hands on Sony's latest and greatest will be able to do so for the foreseeable future. Unfortunately, bargain hunters looking for something older might struggle. Sony is careful to note that even cameras not listed above may still suffer a shortage, but as Sony Alpha Rumors states, Sony's focus appears to be on maintaining production of their newest products as they continue to work on getting everything back up to speed.