Previous Story Knowing your gear matters: Take a trip back in time with Ansel Adams to Hernandez, New Mexico
Next Story Influential fashion and street photographer Bill Cunningham passes away at age 87

Not so fast! Canon warns of image corruption issues on the 1D X Mark II with SanDisk CFast cards 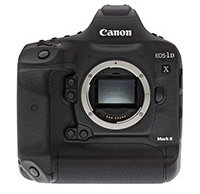 While we work on Part II of our Canon 1D X Mark II field test (see Part I here), a potential image corruption issue has been announced by Canon.

The issue is apparently isolated to SanDisk-brand CFast memory cards. When recording a RAW file, the bottom right portion of your image can be corrupted. JPEG files, on the other hand, can be corrupted across the entire bottom third of the photo. Movie recording is not affected by the issue, however.

According to Canon, the issue is not caused by the 1DX II itself, but rather by certain SanDisk CFast cards (note that images recorded to standard CF cards are not being impacted). The affected cards are as follows:

To view the specific serial numbers of the problem cards, see Canon's announcement. What about a resolution? Canon is "considering releasing camera firmware on the Web for a download service in early July." Until the firmware is released, Canon urges that customers not use SanDisk CFast cards when shooting still images with the Canon 1D X Mark II.

In the meantime, there's a potential workaround. Canon believes that the issue is with image files 16MB or less recorded just prior to the camera being powered down, so before powering off your camera, shoot a few extra shots (specifically, one RAW or three large JPEG images). In the event of a corruption, the extra shots should be the ones damaged rather than any previously captured images.

For more information on the issue, see Canon's announcement.