Previous Story Keeping it natural: Utilizing natural light to capture beautiful exterior and interior portraits
Next Story Panasonic 100-400mm f/4-6.3 Lens Review: A 200-800mm eq. zoom that you can carry around all day 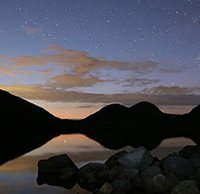 Following up on 2014's G7X, the Canon G7X Mark II includes many improvements both to the camera body itself and to its performance specs. The sensor and built-in lens are unchanged, but the camera includes a new DIGIC 7 processor and a variety of small adjustments to the body design.

The G7X II proves to be a fun and capable camera, although the lack of a built-in viewfinder is disappointing. Still image performance has increased 1.5 frames per second to an impressive 8fps continuous capture speed. The DIGIC 7 image processor has also helped improve buffer depths as well.

With a 20.2-megapixel 1"-type CMOS sensor and 24-100mm f/1.8-2.8 equivalent lens, the G7X II is an appealing compact camera. What are its biggest strengths, are there any glaring weaknesses? Find out in our Canon G7X Mark II Field Test. You can also check out its full performance stats and view our gallery.