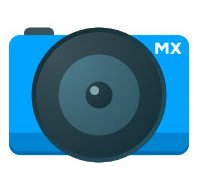 Magix Software's Camera MX app has been available for Android devices for a while now, and it was recently updated to version 4.0. The app -- which is used by over 1.3 million users each month -- was one of the first to bring live photos to Android devices earlier this year via its Live Shots feature.

The Live Shots user interface has seen a redesign in this release, and there are a few new features. With "Shoot the Past" you can scroll backwards through a live photo for up to three seconds, saving individual frames as desired. You can also apply live effects and filters such as HDR, kaleidoscope, distortion and many more. A finished live photo can be exported as photo, video or GIF file and shared on various social networks.

Camera MX is available as a free download here.

Apple's Live Photos has proven to be quite inspirational to other app developers as well, including Polaroid. Polaroid is launching a new app, Polaroid Swing, which offers one second moving images. Yahoo! Tech remarks that Swing offers a clean user interface and good controls, but it's certainly joining an already crowded marketplace. Polaroid Swing is available now for iOS, and an Android version is on the way.