Zoom lenses nearly sweep the podium: 70% of pros using Canon gear, here’s what they shoot with most 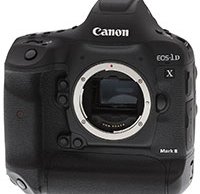 If you've watched any of the Rio Olympics, you've surely seen a ton of white lenses along the sidelines of the biggest events. A Canon survey from earlier this week found that an average of 70% of professional photographers on assignment in Brazil are using Canon equipment. Canon Professional Services (CPS) along with over 70 trained technicians and support staff have been providing services to Canon shooters in Rio this month.

The CPS team has been tracking the gear they've been loaning out and provided us with the top 10 list of most loaned products this week in Rio. The most loaned product? Canon's latest flagship DSLR, the EOS-1D X Mark II, which has been loaned out 362 times from August 6-10. Not to be forgotten, its predecessor is still being heavily used in Rio, coming in at the sixth-most loaned piece of equipment with 123 loans. The Canon EOS-1D X Mark II proved to be a very popular request by CPS shooters in Rio this week. Not ready to retire just yet, the original 1DX still proved quite popular, as well.

Versatility is clearly the focus for professional sports photographers these days as three of the four most popular lenses are zoom lenses rather than the exotic prime telephotos that often fill the press boxes of major sporting events. Save for one additional loan of the 400mm f/2.8L IS II USM lens, the top three most-borrowed lenses by CPS professionals would've been zooms. The top dog was the EF 200-400mm f/4L IS USM Extender 1.4x telephoto zoom optic which was loaned out 231 times. The venerable 70-200mm focal length is still very popular as this was the second-most popular lens, far ahead of the 400mm. The most popular lens, the EF 200-400mm f/4L IS USM Extender 1.4x, offers photographers a lot of telephoto versatility with its 2x zoom and built-in 1.4x teleconverter.

Somewhat surprising to me was the inclusion of a fisheye lens, although we know that it has seen some use in Rio's swimming pools, along with the aid of underwater robots. For the full list and number of loans CPS made from August 6 through August 10, see below:

Canon Professional Services clearly has a massive arsenal of equipment on hand in Rio. For more information on the highly popular Canon 1DX Mark II which has been capturing many memorable images in Brazil, see our review of the DSLR. Readers, are there any surprises on the list for you above? What do you think a top 10 most-loaned gear list would look like for the other camera manufacturers? Let us know in the comments below.