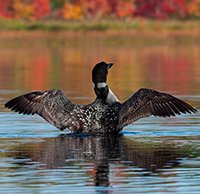 Nikon’s latest entry-level DSLR, the Nikon D3400, does not change much from its predecessor the D3300, but is that necessarily a bad thing? In our newly-published Nikon D3400 Field Test, we found that the camera maintains many of the core features of its predecessor, resulting in a solid entry-level camera.

While image quality is basically unchanged, the 24.2-megapixel APS-C CMOS sensor still delivers sharp, impressive results across a wide range of ISO speeds. The sensor was a strength of the D3300, and over two years later, it's still running strong in the D3400. However, the sensor is far from the only aspect of the D3400 that is unchanged from its predecessor, including the somewhat underwhelming 11-point autofocus system and mediocre performance.

Where the D3400’s lack of change becomes more problematic is when considering the camera body itself and its video features. Gone is the sensor cleaning system and included now is Bluetooth Low Energy, which allows for (limited) Nikon SnapBridge compatibility. The 3-inch rear display continues to not be a touchscreen, which is a little surprising in this day and age. The D3400's new AF-P kit lens offers quiet, fast live view autofocus, but the lack of 4K UHD video recording is a notable, unfortunate omission. However, the lack of these features keeps the price down. To read about whether or not the Nikon D3400 is a worthy successor to the D3300, read our full Field Test.