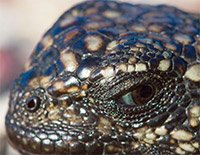 Last week, a true underdog story hit the web and spread like wildfire. And no, it wasn't the US election, but rather an epic chase scene from BBC's Planet Earth II, which started airing two Sundays ago in the United Kingdom. As a photographer, particularly one who loves capturing images of wildlife, Planet Earth has always been something of an inspiration to me. I usually have at least some semblance of an idea about how they capture certain moments, but this latest scene was truly puzzling.

Thankfully BBC had the foresight to predict that people would really want to know how the "iguana vs snakes" scene was recorded and they produced a behind-the-scenes video from the Galapagos. But first, if you haven't seen the David vs Goliath, or rather, David vs an Army of Goliaths scene for yourself, watch it now.

Wow, it has everything! But I digress, how was it shot? In the 360-degree video below (be sure to experiment with the controls in the top left corner of the video to move the camera around), we learn about baby marine iguanas, which hatch from their eggs and run across a beach to reach the jagged, dark rocks where their parents are waiting. One problem, as you saw above, there are racer snakes waiting amongst the rocks to greet the baby iguanas not with a friendly hiss but with death.

Nearby, a couple of camera operators make good use of the DJI Ronin, a handheld 3-axis camera stabilizing system, allowing the videographers to run with the snakes and follow them while recording steady footage. On the other side of the environment, a third shooter has a long lens to capture tight footage of the animals as their battle plays out. Overhead, a Galapagos hawk soars above, interested in consuming both the snakes and the iguanas.

The crew doesn't need to hide when setting up and rehearsing their camera movements as the wildlife on the Galapagos Islands tends to not fear humans. This is a luxury the crew is not often afforded and allows them much more freedom of movement than usual. Besides offering great insight into the workings of Planet Earth II filming, the 360-degree video below showcases multiple areas of the Galapagos. Be sure to experiment with the footage and see what you can find.

Planet Earth II hit UK television sets on November 6, but won't hit American screens until January 28, 2017 when it premieres on BBC America. Planet Earth II was filmed over three years including 117 filming expeditions and recorded footage in 40 different countries. It was also filmed in 4K, so 4K TV owners should look forward to an eventual 4K Blu-Ray release.