How much have image sensors improved in a decade? Advances in image processing proving critical 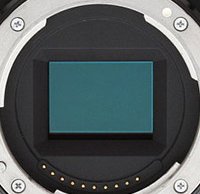 Without reading ahead, how many stops of improvement would you guess that APS-C camera CMOS sensors have undergone over the past ten years? I'll give you a second. Okay, if you guessed 1.5 stops, then you were right on the money!

You might be thinking, "No, it must be more than that, image quality has improved a lot from cameras like the Nikon D80 to the Nikon D500. You're right, it's a night and day difference. However, this depends on much more than the physical image sensor itself.

In a recent presentation at the Autosens 2016 Conference given by DxO titled "Dealing with the Complexities of Camera ISP Tuning" by Clement Viard, he remarked that the digital processing gain is much more extensive, between 3 and 4 stops of performance improvement over the last decade. You can see a handful of slides from the presentation at Image Sensors World. As you can see in the slides, image signal processing is hugely important in improving image quality. It is important to note that this is not necessarily a simple dichotomy between hardware and software, as image signal processing is intimately connected to the hardware in the camera. There have been massive improvements in software, yes, but these improvements are at least partially dependent upon refined hardware.

To hammer home how much better cameras are now than they were in the mid-2000s, we have seen between 4.5 and 5.5 stops of total improvement in image quality for APS-C cameras in the past ten years. That is a considerable difference. In terms of ISO speeds, that is like going from ISO 100 to ISO 3200. What will the next ten years bring?