Previous Story Unsafe conditions, reduce speed: DJI Inspire 2 not as fast as originally announced
Next Story Give your portraits a customized, colorful backdrop in Photoshop with these simple steps 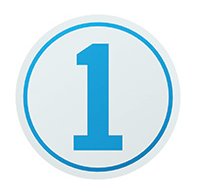 Capture One Pro 10 represents a major update to Danish company Phase One’s popular raw image conversion and editing software. Just released, Capture One Pro 10 focuses on providing users a faster, more powerful experience through the addition and enhancement of a wide range of features, including improvements to the user interface, performance tuning and new tools.

User Experience
With faster browsing, zooming and panning performance, the user experience has been improved and refined in Capture One Pro 10. Image switching speeds have been increased as well. Additionally, there is a new default workspace available to beginning users of Capture One Pro software, which will guide them through different example images and show them the ropes.

Additional user interface improvements include on-screen proofing, which is an enhanced proof mode for the raw conversion process. You can view final size, resolution, color, compression and sharpening previews on your display, taking some of the guesswork out of converting files for web viewing.

Inspired by video grading processes, Capture One Pro can now be accessed through a tangent panel system. The integrated panel is an entirely new interface for editing your images and focuses on “deep dive color and image adjustment.” The tangent panel system is designed to allow for multiple, simultaneous command inputs. There’s a new three-stage image sharpening process which includes a lens tool option that corrects for softness in your images due to lens diffraction. Further, there’s a user-defined creative sharpening option which includes a halo suppression slider and new blending algorithm. Users can also now define output sharpening depending on the distance the final output will most likely be viewed from.

Of Capture One Pro 10, software product manager James Johnson says, “We have developed Capture One Pro 10 to greatly improve users’ experience so they can achieve the results they want much faster and with greater confidence. Image adjustment options are now at a whole new level. We believe that with this release, we are delivering the most powerful, responsive, and user customizable image processor available.” Tweet
Comment
Previous Story Unsafe conditions, reduce speed: DJI Inspire 2 not as fast as originally announced
Next Story Give your portraits a customized, colorful backdrop in Photoshop with these simple steps