How does an iPhone 7 Plus stack up with a $50k RED Weapon camera in the video department? 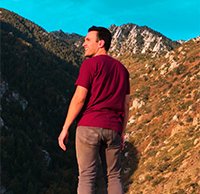 Can an iPhone 7 Plus surpass a $50,000 RED Weapon camera in the video department? No. However, according to Parker Walbeck of Fulltime Filmmaker, it can come astonishingly close in the right situation. That right situation is when viewing video in the ways most people consume media, on compression-ridden streaming players and on mobile devices.

Parker isn't trying to say that a RED camera isn't worth the money or that you can replace it with an iPhone, rather he is trying to demonstrate how you shouldn't feel limited by your equipment. If you want to go make movies, dedicate yourself to getting the best out of your gear rather than say, "I don't have the right gear, I shouldn't even bother."

To make the comparison video, Walbeck taped his iPhone 7 Plus to the stabilizer that his RED Weapon was attached to. Can you tell the difference between the two cameras in the video below?

If you know what to look for, you can certainly tell the difference between the two cameras. The iPhone's image stabilization can cause some strange jittery effects, for example. Further, Walbeck did perform color correction to the footage from both cameras. Nonetheless, his primary point remains, if you know how to fully utilize your equipment and know how to process footage, you can attain excellent results from the phone in your pocket.