Previous Story Become a powerful Photoshop user: A breakdown of 30 of the most useful tools in Photoshop
Next Story 4K timelapse shot with Sony and Zeiss gear perfectly illustrates Iceland as a photographer’s paradise 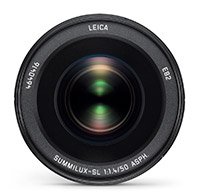 It's a good day for Leica SL owners as Leica has announced not only a firmware update for the Leica SL, but also their new Summilux-SL 50mm f/1.4 ASPH. lens is now available for purchase.

Firmware version 2.2 for the Leica SL brings with it a variety of improvements for the mirrorless camera, both in-camera and when using the camera with your Mac or Windows computers. The MacOS versions of Leica Image Shuttle 3.5 and Leica Tethered Plug-in 1.1.0 have improved support. Leica SL version 2.2 now supports the new Windows version of Image Shuttle and allows users to control the camera over a USB 3.0 tethered connection, including controls over shutter speed, aperture, ISO and autofocus. In addition to improved software support, Leica SL firmware 2.2 also removes the shutter speed limitation when shooting with 6-bit coded Leica M lenses. SL owners can download the firmware update after logging into the Leica Owners' Area or by taking their camera into a Leica Store. The new Leica-SL 50mm f/1.4 ASPH. lens is the first prime optic for the SL system and Leica states that it sets a new standard in the market. It offers users a fast maximum aperture, lending itself nicely to low-light and situations where you want to use a shallow depth of field. The lens' autofocus is said to be quick, reliable and accurate, providing photographers with speed in terms of usability in addition to the fast aperture.

To learn more about the Leica SL, read our recently-published Field Tests (Part I and Part II) in which the Leica SL gets put to the test on the streets of New York City.

Tweet
Comment
Previous Story Become a powerful Photoshop user: A breakdown of 30 of the most useful tools in Photoshop
Next Story 4K timelapse shot with Sony and Zeiss gear perfectly illustrates Iceland as a photographer’s paradise