Phase One sees upcoming mirrorless medium format cameras as threat, won’t support them in Capture One 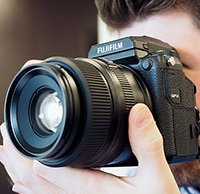 While we await further news about the Fuji GFX, the Japanese company’s upcoming mirrorless medium format camera system, we do at least know now that the camera is unlikely to be supported in Phase One Capture One Pro software, a popular image software, especially for professionals.

Capture One Pro offers both powerful raw editing and tethering support that is very well-regarded in the industry, but according to Phase One themselves, potential Fujifilm GFX-50S owners shouldn’t expect to be able to use Capture One software with their new mirrorless camera. The official quote from Phase One is “It is unlikely that we will support the Fuji GFX 50s – we have a long standing policy of not providing support to direct competitors of our core business.”

It is unsurprising then that the Hasselblad X1D will not be supported by Phase One either. However, there is some hope for Hasselblad and Fujifilm GFX shooters as Pentax 645 users have unofficial support in Capture One Pro using CaptureFix. Perhaps an enterprising user will write similar code for GFX and X1D users. It does make sense for Phase One to not support its direct competitors within Capture One Pro software, but it seems that they are losing more potential business from Fujifilm GFX and Hasselblad X1D users than they will gain from any prospective buyers opting instead to purchase a Phase One camera. After all, Phase One’s latest medium format camera costs nearly US$50,000. (It is a very cool camera though, check out our Phase One XF 100MP review.) For those of us who don’t have a luxury car’s worth of money to spend on a camera system like the XF100MP, we can only hope that the more affordable, compact medium-format options from Fujifilm and Hasseblad start a trend in medium format photography for more cost-effective imaging solutions. To read our hands-on with the Fuji GFX from its September unveiling, head here.