The return of an icon: Will Kodak bring back Kodachrome? 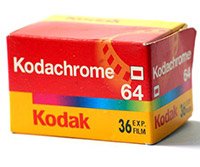 While there is no confirmation or official announcement to make, Kodak is "investigating" bringing back Kodachrome. They are currently considering what it would take to start producing and selling Kodachrome again. Kodachrome was first sold in 1935 and was produced until 2009, when production of the iconic film was ceased.

As pointed out by DIY Photography, bringing back Kodachrome is not as easy as bringing back Ektachrome, which Kodak just announced they were doing during CES. Kodachrome's distinct look is due to its unique K-14 process. The chemicals needed for the process were discontinued alongside the film, so hopefully they could be produced again if Kodachrome ever makes a return. It is possible to replicate the K-14 process without the original chemicals, but it is reportedly complex and expensive.

Before Kodak brought back Ektachrome, the idea of them releasing Kodachrome again would seem unbelievable. However, the market is different than it was in 2009 when Kodak pulled the plug on Kodachrome and it is conceivable that releasing the film again could be a smart financial move. You can listen to Kodak representatives discuss their business, Ektachrome and the potential return of Kodachrome below in The Kodakery's podcast from CES. Skip ahead to the 23:39 mark to hear the Ektachrome/Kodachrome discussion.