Previous Story Olympus E-M1 Mark II Review Conclusion: The best Micro Four Thirds camera yet
Next Story The future that never arrived and the now distant past of the Lytro Illum 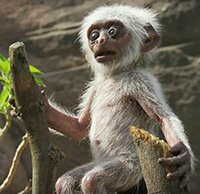 Sometimes it isn’t what’s inside the camera that counts, but rather what it looks like. There are some strange-looking cameras out there, but BBC might have some of the oddest ones. For their new nature documentary television series, “Spy in the Wild,” the British outfit created a variety of spy cameras that look like animals in hopes of capturing up-close and personal images of wildlife.

As you can see in the trailers below, not only did they craft very lifelike spy cameras, but the team managed to convince their subjects that they were among friends as they were being secretly recorded. Looking at the lifeless, camera lens eyes of the furry and scaly spies, it appears that the uncanny valley is not a gap that must be bridged by other members of the animal kingdom.

In fact, a langur monkey animatronic camera was so welcomed into a community of the monkeys that one of its members took the small monkey in as one of its own. Unfortunately, the furry robot was dropped and its lifeless body was mistaken for being a real monkey whose life was cut short. The living monkeys were genuinely upset by the event.

Although emotional to witness, the display of the monkeys is a testament to the attention to detail that the BBC has put into its wild spies. You can see a couple more of the spies below.

Tweet
Comment
Previous Story Olympus E-M1 Mark II Review Conclusion: The best Micro Four Thirds camera yet
Next Story The future that never arrived and the now distant past of the Lytro Illum