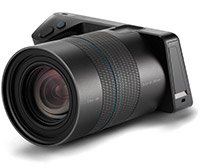 Lytro hoped to change the world of imaging with its light field camera, the Lytro Illum, but it never quite happened the way that they had envisioned. Despite having a few years to work out the kinks after announcing its first light field camera, consumers were slow to latch on to the Illum and before long, the company was axing staff and then eventually throwing in the towel entirely early last year.

You can read an in-depth take on what went wrong with Lytro here, but today we want to share with you an interesting video from Austin Evans. In the video below, Evans discusses the technology inside the Lytro Illum and shows it in action.

The technology is very interesting, but Lytro tried to sell it to consumers before it was truly ready. There were no compelling reasons to opt for an expensive camera that offered a neat feature, but not much else. Unfortunately for Lytro, changing their course was not as simple as changing the focus in one of their photos and their consumer imaging operations ceased. It truly is a shame because the technology inside the Lytro Illum is very impressive and if sensors and processors had caught up, the camera might have served consumers very well.

On a more positive note, Lytro is still working on interesting projects, including Lytro Cinema and Lytro Immerge, the latter of which is the “world’s first professional light field solution for cinematic VR.” You can learn more about what they’re up to here.