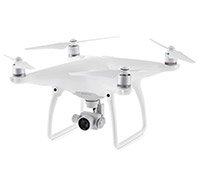 While drones are responsible for a lot of incredible imagery and great enjoyment for responsible drone pilots, we are seeing an increasing number of unfortunate incidents relating to drones. This incident actually dates back to June 2015, but it was finally resolved in court late last week.

Paul M. Skinner was flying his drone at Seattle’s Gay Pride Parade in 2015 when he lost control of the drone, crashing it into a building, which then caused the drone to freefall onto a woman’s head, rendering her unconscious. The two-pound drone also hit a second man, giving him minor bruises.

Over the course of a four-day trial last week in a Seattle Municipal Court, a six-person jury was presented evidence, including witness testimony, that Skinner was the responsible party and that his drone use had been reckless and caused “substantial risk of death or serious bodily injury” to innocent bystanders. The jury found the pilot guilty.  The unanimous verdict was reached in about two hours and marks the first time that the Seattle City Attorney’s Office has charged someone with the misuse of a drone. Sentencing has not yet taken place, and the punishment for reckless endangerment (a gross misdemeanor) is up to 364 days in jail and a US$5,000 fine. Perhaps they’ll be charging another drone user shortly, as we reported this week on a drone crashing into the Space Needle.

Drones are amazing tools, but until irresponsible users are more consistently held accountable for their misuse of them, unfortunately it will likely become more and more difficult for smart, safe drone pilots to freely fly their drones. Hopefully this landmark case in Seattle will start a trend and serve as encouragement to users to fly their drones safely and intelligently.