Previous Story Three ways to use curves to ensure your image is free of spots, specks and smudges
Next Story Caffeine Priority: For something a little different, why not look at cute animal photos?

Thwarting lens theft: Protect your lens from thieves for under $1 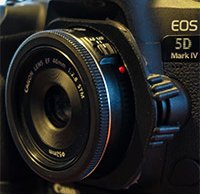 When you want to quickly change lenses, it’s a great feature of cameras that you can do so easily. However, the ease with which you can remove your lens also applies to sticky-fingered thieves. Professional photographer Rutger Geerling photographs a lot of concerts, often armed with two cameras while in a large crowd in a dark space. This environment is very friendly toward thieves, who can use a single hand to remove a lens from a second camera body without the photographer noticing.

To help prevent this, Geerling and his friend, Mark, came up with the idea for Lens Safe. Lens Safe is a 3D-printed ring that wraps around your lens and covers the lens release button. Rather than press the lens release button and quickly remove a lens, a potential thief would have to hold your camera and precisely press a button before the lens could be removed. You can see it in action below.

The Lens Safe is being released for free as a 3D design. It is currently available for Canon DSLRs and you can download the file here. If you have access to a 3D printer, the total cost should be less than $1. You can likely get it printed by a 3D printing service for a pretty small fee. For photographers who work in environments where lens theft is a risk, this looks to be a very useful accessory.

Tweet
Comment
Previous Story Three ways to use curves to ensure your image is free of spots, specks and smudges
Next Story Caffeine Priority: For something a little different, why not look at cute animal photos?