Previous Story How far we have come: Apple’s latest campaign showcases low-light capabilities of iPhone 7 camera
Next Story Protecting and preserving your photos: Improve your digital asset management with these excellent tips 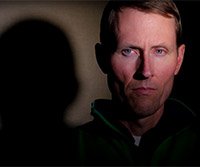 While educator Curtis Judd focuses on teaching techniques for improving video and sound, his videos are often useful for photographers as well, especially his work on lighting. In a recent video, he discusses the differences between hard light and soft light.

While it exists on a spectrum, how can you best tell the difference between hard light and soft light? Judd recommends looking at the transition from light to dark. Hard light results in an abrupt transition from lit areas to shadow areas and shadows are often distinct and "mimic what is casting the shadow." Judd uses the example of going outdoors on a sunny day and looking at shadows, they have hard edges and resemble the object casting the shadow. Soft light, on the other hand, has a much less abrupt transition and shadows are very soft and indistinct. You won't be able to tell what an object is by looking at its shadow on a cloudy day, if you can identify the shadow at all.

Now that we know the difference between hard and soft light, how are they best utilized? It's important to give faces dimension and have some sort of a gradient of light across the subject, it adds depth. Judd likes using soft light for illuminating faces, but that doesn't mean that hard light is bad. He likes hard light for hair lights, for example, because using hard light in the back of the subject helps prevent light spilling into the lens; hard light is easier to control. It also has its place as a main light if you're looking to create a very dramatic, high-contrast look.

How do you make a light hard or soft? Let's think about the sun and shadows again. The sun is a single light source that is relatively small compared to objects on Earth that it lights. This is how you can create hard light easily, using a single source of light that is relatively small compared to the subject you are lighting. Soft light requires diffusion, like clouds on a cloudy day. You want the light source to be larger than your subject by using your light through a large diffusion material, such as a softbox. Judd warns against being confused by the power of a light relative to its hardness and softness. If you turn down a hard light, you still have hard light, it's just dimmer. To learn more about hard and soft light, watch the full video above. To see more from Curtis Judd, visit his website and YouTube channel.

For more on lighting, including basic lighting techniques, check out the video below from Film Riot.