Previous Story High above and looking down: A Sony A7S II hitches a ride on the Int’l Space Station to shoot 4K videos
Next Story Designed for industrial excursions, DJI’s Mavic 200 expands the company’s focus 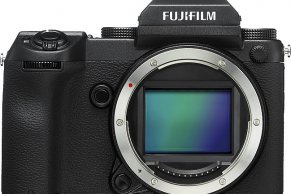 It's often said that there's no such thing as bad publicity. Fujifilm UK has inadvertently put this theory to the test with a recent GFX event. The paid event saw photographers paying for the chance to learn more about and try out the Fujifilm GFX 50S. The first item on the agenda was a technical talk, followed by a photoshoot with a model to allow hands-on test of the camera. At least one photographer, Danny North, had an issue with the model that was presented to the paying photographers because she walked out topless. This small six-person event was a private studio session with Fuji X-photographer Wayne Johns, so it wasn't exactly a large room of photographers ogling a nude model, but it is curious nonetheless that this happened under Fujifilm UK's nose.

Fujifilm UK released a statement to Metro in response to the event:

"Fujifilm has a long tradition in photography, an art-form that covers many different genres.

In a workshop on 24th February to demonstrate one of our new products in a real-life shooting situation with a working professional photographer, the choice of shooting subject made by the photographer was not appropriate and we sincerely apologise for any offence that it might have caused.

The workshop itself was arranged by an external professional commercial photographer that we have previously worked with on many different projects. On this occasion, his choice of shooting subject was not in line with our company values.

Had we known in advance that this shooting subject was going to be used we would have requested an alternative subject for the workshop. We would never knowingly use such shooting subjects to promote our brand."

It appears that Fujifilm UK is not responsible for the idea to have a nude model, however, they are nonetheless responsible for the event and should in the future perhaps have more oversight. For an event designed to promote a brand-new camera, one admittedly well-suited for photographing models, clothed or not, it's a bold choice to immediately bring out a nude model. It's not a stretch to find it somewhat objectifying or offensive. Readers, what do you think about this situation, was Fujifilm UK out of line or is this simply a case of someone being unnecessarily offended?

As of now, we have only heard from one photographer who was there, Danny North, whose series of tweets on the matter express considerable outrage and even warranted an apology of sorts from Fujifilm UK, who tweeted "We apologize for any offense caused. We understand you have spoken to our General Manager about this matter." A series of tweets from photographer Danny North in response to the Fujifilm UK event on February 24.

If you would like to see images from the new Fujifilm GFX 50S that definitely don't contain any nudity or other not-safe-for-work content, check out our latest gallery images and "Fuji GFX Gallery Images Deep-Dive" article.