Immortalizing the Apollo missions: More than 225 timeless images from the manned missions to space 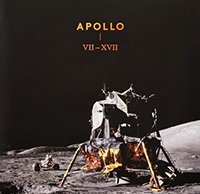 While astronauts are rarely considered for their photographic skills, these multi-talented people have captured some of the most iconic images in human history. In a new book, Dutch designer Simon Phillipson wants to celebrate the astronauts of the Apollo program for their photographic contributions. They broke barriers and delivered images back to earth unlike anything we had ever seen before.

In the new book, “Apollo VII – XVII,” Phillipson and fellow designers Floris Heyne, Joel Meter and Delano Steenmeijer compiled 225 photos from the Apollo program. “We wanted to give them a place where we can nominate them as some of the most significant ‘photographers’ in human history,” said Phillipson of his motivation for the book. The book is not simply a collection of photos, however, as it also includes additional chapters on the photographic training that the astronauts underwent and the camera gear they used. You’ve likely seen some of the images in the book, but the team was not satisfied to simply put the images from NASA, the Hasselblad archive in Sweden and the personal collection of astronaut Walter Cunningham directly to the printed page, but rather spent a year restoring them. The restoration process took place in Adobe Lightroom and Photoshop and involved removing dust and scratches and color correction. “It became our goal to produce a beautifully printed book that really does justice to the Apollo imagery,” Phillipson added. Harrison Schmitt during Apollo 17, with the American flag and earth in the background. Image credit: NASA / Apollo VII - XVII

Photography wasn’t always as important to NASA as it is today. Cameras simply required too much area on spacecrafts to be justifiable to take in the early days, as engineers and astronauts were tasked with the monumental challenge of actually entering – and returning from – outer space. However, when astronaut Walter Schirra broke down when NASA higher-ups wouldn’t let him take his Hasselblad camera on Mercury Atlas-8 in the early 60s, he ultimately got his way and the rest is history.

Richard Underwood was NASA’s first chief of photography and he played a large role in the photography that took place during the Mercury and Gemini space programs. More relevant to the new Apollo-centric book, Underwood was also the person who taught Apollo astronauts the ins and out of photography, including composition, exposure and focus calculation. One of the first shots taken in the iconic "Earthrise" series from Apollo 8. Image credit: NASA / Apollo VII - Apollo XVII

In 1968, when preparing for Apollo 7, astronauts Walter Cunningham, Walter Schirra and Donn Eisele ventured into space with a modified Hasselblad 500c camera. Fitting with its namesake, the trio used the camera to capture over 500 images. In subsequent missions, cameras became more sophisticated and the photography more purposeful, taking on reconnaissance and more research based roles.

Underwood once told Apollo astronauts, “Your key to immortality is in the quality of your photographs and nothing else.” Underwood’s words ring true. The Apollo images will outlive all the brave astronauts who crossed the “new frontier” in the 1960s and early 1970s. “Apollo VII – XVII” will help many legendary Apollo images continue to stand the test of time and awe all who see them. To purchase the book, which is available for around US$100, click here.

Part of a panorama taken aboard Apollo 16, with Charles Duke and the Lunar Rover Vehicle in the background. Image credit: NASA / Apollo VII - XVII