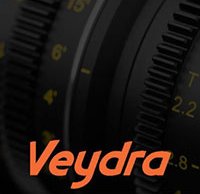 Unfortunately, the company’s California headquarters was broken into during the evening of March 13 or perhaps early March 14. The thief or thieves stole over 200 Veydra Mini Prime lenses, whose total market value could eclipse $200,000 depending on which models were stolen.

Please share! STOLEN LENSES! Attention filmmakers, friends, and fans of Veydra; our HQ in California was broken into...

If you see any suspicious deals on Veydra Mini Prime lenses online, particularly on eBay or on forums, please contact Veydra immediately through their website or on Facebook. With the community’s help, hopefully Veydra will be able to recover at least some of the stolen property.