Previous Story A complete mobile workflow: Photographer takes his Fuji gear to Iceland, leaves laptop at home
Next Story The black plastic Holga 120N medium format film camera is coming back from the dead this summer 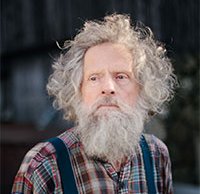 Started in 2016 with the World Photography Organization, the international ZEISS Photography Awards offers professional and amateur photographers a chance to win great prizes and showcase their work to a large audience. The winner of the 2017 edition of the contest has just been announced. The distinguished photographer is Belgian Kevin Faingnaert. He beat out 4,676 other photographers from a total of 132 countries. Over 31,000 images were submitted to the jury of experts.

Faingnaert won with his series of photographs titled “Føroya,” which “depicts life on remote and sparsely populated villages on the Faroe Islands”, located about halfway between Norway and Iceland. For his work, Kevin will receive over US$12,000 worth of Zeiss lenses and around $3,000 of travel expenses to use toward a photography project. Of his winning series and time spent on the Faroe Islands, Faingnaert remarked, “Though at times lonely and perpetually freezing, I learned to appreciate the small, simple comforts of life listening to stories told in the welcoming warmth of Faroese homes, the sound of songs against the roaring backdrop of the sea, and my memorable encounter with a message-in-a-bottle collector on the beach. In these clear and pristine landscapes, where villages with populations as low as ten huddle together on the edge of cliffs, I tried to reveal a community hanging on firmly to their roots and traditions, while underlining that one day these villages must inevitably disappear.” You can see the full gallery of images here. Faingnaert’s winning images and the work of nine additional shortlisted photographers, whose galleries can be viewed here, will be on display as part of the Sony World Photography Awards 2017 Exhibition at Somerset House in London from April 21 through May 7.