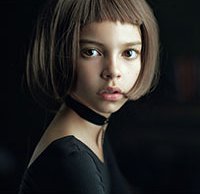 Ten photographers from around the world have been announced as the winners of the “Open” categories. The Sony World Photography Awards includes Professional, Open, Youth, National Awards and Student Focus categories. The Open competition alone saw more than 105,000 entries across its ten categories.

The winners are as follows, and you can see their work here.

Each winning photographer will receive a Sony A7 II with lens kit and will be competing against each other for the Sony World Photography Awards’ Open Photographer of the Year title. That prize comes with US$5,000 in cash prizes, and a trip to London for the awards show in late April. The overall winner will be announced at the show in London. Damien Demolder, journalist, photographer and chair of the Open competition said of the winning images, “It has been a pleasure and an inspiration to be exposed to such a volume of great work, and a privilege too that I could share in the personal moments, the joys, tears, life and losses of photographers from all around the globe who recorded their experiences through their pictures.” In addition to announcing winners of the Open competition, the winners of the Sony World Photography Awards National Awards were also announced. This is a global program designed to find the best individual images captured by local photographers in a total of 66 countries. Now in its fourth year, the National Awards were opened up to photographers from Cambodia, Nepal, Pakistan, Qatar, Saudi Arabia, Sri Lanka and the United Arab Emirates for the 2017 edition. You can view the winners and runners-ups here.