Popular Photoshop plugin Portraiture updated to version 3, twice as fast as its predecessor 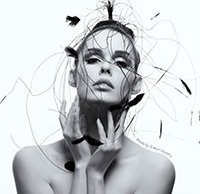 Update on May 2: Portraiture 3 is not available as a standalone version, but only as a plugin.

Imagenomic has released the third major update to its popular Photoshop plug-in, Portraiture. Portraiture 3’s improvements primarily focus on speed and performance. Imagenomic states that Portraiture 3 is twice as fast as Portraiture 2 and is better-suited for handling files from modern high-megapixel cameras.

Art Ghazaryan, co-founder and COO of Imagenomic, says “We are extremely pleased with the additions and improvements made to our Portraiture software. We have enjoyed a long and solid relationship with thousands of our customers and our day-to-day communications with them, along with feedback from our recent beta test, has helped us produce a product that meets the demands of today’s post-production workflow processes.” Portraiture 3 has a new user interface

Portraiture 3 is designed to offer advanced skin smoothing, healing and portrait-enhancing functionality within Photoshop. Part of its appeal is how it can save users time and effort during post-processing and make workflows more efficient. Beyond the increases in speed and performance found in Portraiture 3, the plug-in also includes a new user interface.

The software is now available as a Photoshop plugin and is compatible with MacOS and Windows computers. A Lightroom plugin is coming soon. For Portraiture 2 users, the upgrade to Portraiture 3 is free. For new Portraiture users, the software costs around US$200. For more information on Portraiture 3, see here. At that link, you can also download a free trial of Portraiture 3.