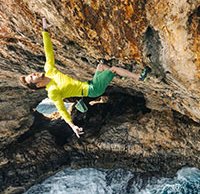 Profoto’s B1 flash has proven to be very popular among professional photographers, offering a lot of power and speed in a completely portable package. The high-end lighting company has just revealed the B1’s successor, the Profoto B1X. As Profoto makes clear in the first paragraph of their B1X product page, “B1 became the benchmark for on location flashes. Now, the benchmark is about to be set again with the launch of the Profoto B1X. This isn’t an update, this is a significant replacement with improvements in three important areas; power, power and power.”

What about all this power Profoto is talking about? The B1X has an LED modeling light with 80 percent more light output than the B1, the battery holds 50 percent more power than the B1 and the B1X has the widest high speed sync (HSS) range available on any flash. To expand upon these three “power” features. The modelling light is a 24-watt LED which offers an output equivalent to a 130-watt halogen light. Regarding battery power, the B1X offers 325 flashes at full power. Finally, about HSS, the Profoto B1X offers HSS up to 1/8,000s with a nine f-stop power range. The nine f-stop range when working with HSS is a notable improvement over the B1, which offers HSS over a 3-stop range.

If you want to see the Profoto B1X in action, Profoto put their latest lighting equipment in the hands of professional photographer Tim Kemple. There are tons of amazing shots in the article, so be sure to check that out to get a sense of the power of the Profoto B1X.

As expected, the Profoto B1X uses the same mounting system as other lights in its range for attaching their light shaping tools. Speaking of these tools, there are two new ones which were announced alongside the B1X. You can now shape your light with the OCF Zoom Reflector and OCF Magnum Reflector.

The Profoto B1X can be used TTL with compatible cameras, which include models from Canon, Nikon, Sony and very recently Olympus.

If you'd like to get your hands on the Profoto B1X, you won’t have to wait long as B&H expects the B1X to begin shipping in early June. You can preorder through the links below to help support our site.