Previous Story Lexar is on the verge of death: Micron announces it’s discontinuing the brand while trying to sell it
Next Story Scott Kelby shows how to use the powerful Image Processor script in Photoshop, which he calls “Buried Treasure” 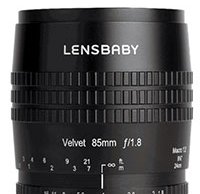 For the uninitiated, Shutter Release is an ongoing series in which we share interesting photography articles and videos from around the web and give you a short summary. There’s a lot of great content out there and Shutter Release is our way of giving you access to more news than ever before.

Nikon D500 survives bout with Rex the dog, but has some battle scars – Nikon Rumors

We’ve all heard the phrase, “My dog ate my homework.” Whether or not that excuse is actually true when children use it in school, a Belgian photographers excuse of “My dog ate my camera” is very much a legitimate claim. A German Shepherd named Rex got a hold of a brand-new Nikon D500, purchased only one day prior, and did some pretty serious damage to the camera and lens.

Amazingly, as you can see in the video above, the camera still works! Rex did a number on the body, but even his sharp teeth couldn’t take the magnesium alloy body out of commission. If you’d like to see some close-up shots and a picture of the offending pooch, click here.

If you want to enter the annual National Geographic Travel Photographer of the Year Contest, you need to enter by 12:00 PM EDT on June 30, which is this Friday. The grand prize winner and a guest will go to the Galápagos Islands for 10 days. If you’d like to see some of the entered images, check out an assortment that The Atlantic has shared here.

Nikon has been refreshing many of their lenses lately, including their supertelephoto primes. Another very popular – and slightly less expensive – long lens is their 200-400mm f/4G ED VR II AF-S, which was released in May 2010. Many pro-oriented Nikon lenses have been moving to an electromagnetic diaphragm (designated as “E” lenses rather than “G” lenses), so that would be a logical inclusion in the inevitable refresh of the zoom lens. Nikon Rumors also notes that the World Cup is next year, so it would make sense to release a new version of a lens like the 200-400mm f/4 before that kicks off.

In case you missed it yesterday, the Lensbaby Velvet 85mm f/1.8 lens was announced. The lens will be available on July 10 for Canon EF, Nikon F, Pentax K, Samsung NX and Sony A mounts. You can preorder it here for $500.

Travel photography is a lot of fun. You get to see new places and capture great photos – tough to beat that combination – but it can be difficult to process your photos on the road. Digital Photography School has published an article with four tips to help you not only capture, but also edit, great images while on the move. Check it out here.

Tweet
Comment
Previous Story Lexar is on the verge of death: Micron announces it’s discontinuing the brand while trying to sell it
Next Story Scott Kelby shows how to use the powerful Image Processor script in Photoshop, which he calls “Buried Treasure”