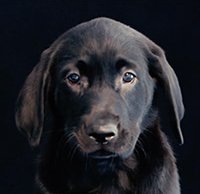 In today's edition of Shutter Release, we have a rich assortment of content to share with you. We start by pointing you toward the winners of this year's EyeEm Photography Awards, which attracted entries from nearly 90,000 photographers. After that, dog fans will be pleased with a video about a neat photo project highlighting black dogs without homes, as they prove notoriously difficult to photograph and nice images of animals on adoption sites make a big difference in terms of adoption numbers. We will then share a cool website which can convert iOS 11's .heic files to .jpg photos. We finish with a behind the scenes portraiture video with the famous Jennifer Lawrence and a look at an upcoming Instagram feature which might upset some people.

As you can tell, Shutter Release is about sharing a wide array of interesting content with you, our readers. While we are dedicated to creating the best in original content, we want Imaging Resource to be the place you go for everything photography related, whether it is a behind the scenes video, tutorial or just something neat we find. There's a lot to share today, so let's get to it.

With nearly 600,000 submissions from over 88,000 photographers, the 2017 edition of the EyeEm Awards broke their previous records. You can see the winners from across six categories by clicking here. One thing that is immediately evident is that youth is in the air in 2017, as the "Photographer of the Year" is a mere 19 years old, with their portrait photographer of the year being only 20 years old. The assortment of photography is absolutely stunning, so please do yourself a favor and go check it out.

"Black dogs do not fare well in shelters. They are often the last to be adopted and most likely to be euthanized," says Foster Dogs NYC. While that is a very depressing thought, photographer Shaina Fishman has done something about it. You can see her photo project in the video below. Who doesn't love seeing cute dogs, right? I honestly would never have thought about the difficulties in finding homes for black dogs, so projects like this certainly help raise awareness and hopefully that translates into more forever homes for animals in shelters.

Converting iOS 11 .heic photos to .jpg - PetaPixel and The Verge

With iOS 11 just around the corner, it's worth considering how Apple's new "high efficiency" HEIF/HEVC photo formats will be implemented. I've been running beta software of iOS 11 for months and have already had to deal with the issue, so this new tool, HEIC to JPG looks interesting, albeit not an ideal solution for sensitive images. The new formats promise a reduction in file size without a reduction in quality, but Microsoft in particular has been slow to adopt support for the new file formats, reports The Verge. Further, they are not sold on the idea of uploading your photos to a website for conversion, as there are potential privacy issues there. You can also simply disable HEIC recording in iOS 11 - my solution of choice - while waiting for more widespread support of Apple's new file formats.

I personally love when I find an Instagram profile that has been carefully planned out to make use of the constant grid system. It looks clean and professional. Well kiss that goodbye. Instagram has begun rolling out a changing grid size system. It sounds like a small thing, but some users are already quite unhappy about the change.