The Nikon D850 has the best sensor ever, according to DxOMark 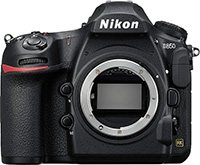 There's a new camera on the top of the DxOMark image sensor rankings. As we learned as soon as the Nikon D850 came into our hands, the 45-megapixel full-frame DSLR is equipped with an impressive sensor. DxOMark has put the D850 sensor to the test and it has become the first DSLR to ever hit a triple digit score, earning itself a DxOMark Sensor Score of 100.

This isn't the first time that Nikon has led the DSLR market with a high-resolution camera. Readers will recall the D800 and D800E cameras in 2012, which were the highest-megapixel DSLR cameras on the market at the time. While the D800(E) cameras were eclipsed in the megapixel department by some Sony cameras and the Canon 5DS series, the D800(E) and D810 continued to sit near the top of the charts at DxOMark.

However, even with all the great cameras which have been released since the D800(E), the century mark proved elusive. The A7R II came close with 98 (which tops the D810 by a single point, by the way). With its 100 score, the D850 has set a new benchmark.

It is not just the overall score of the D850 which is impressive, but also its individual scores for Portrait, Landscape and Sports. In fact, in the Portrait section, which measures color depth, the D850 is second of all tested cameras, behind only the medium format Phase One IS180 Digital Back. With that said, DxOMark does not test all medium format backs. The Landscape score, essentially a proxy for maximum dynamic range, is a whopping 14.8 EVs for the D850, which is the same score as the Nikon D810. When we consider sports, which is basically high ISO performance, unsurprisingly the 45-megapixel D850 cannot match the performance from cameras such as the Sony A7S and A9, which employ lower-megapixel full-frame sensors.

In the Nikon D850 Sensor Review conclusion, DxOMark sums up the D850's image sensor very well, "The introduction of the first BSI sensor in a full-frame Nikon DSLR with a super-high 45.7Mp resolution puts the Nikon D850's image quality on par with, and often better than, medium-format cameras. The first DSLR to hit 100 points - rather apt for Nikon's hundredth anniversary year - puts the Nikon D850 in a class of its own for image quality." For much more information and to dig through all of DxOMark's charts, click here.