Previous Story Phase One launches new Capture One Brand Ambassadors Program
Next Story What can photography offer you? What photography means to landscape photographer Nigel Danson 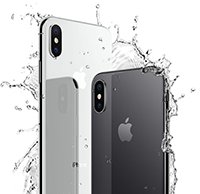 It's been a busy time for new phones. As is the case every holiday season, there are a lot of new smartphones hitting shelves. DxOMark has been reviewing some of them and it seems like each big new release has led to a new smartphone taking the top spot on their DxOMark Mobile score chart. That trend has been broken with likely the biggest new phone of the year, the Apple iPhone X. The iPhone X hit store shelves on Friday and DxOMark has already published their review of the popular new phone.

With its score of 97, the iPhone X is second to the Google Pixel 2 overall, but DxOMark says the iPhone X is the "top performer for stills." The phone is equipped with a 12-megapixel main camera with a wide-angle f/1.8 OIS lens and a second 12-megapixel telephoto camera with a f/2.4 OIS lens. The camera utilizes phase-detection autofocus, includes a Quad LED true-tone flash, a new portrait mode with portrait lighting and shoots 4K video at up to 60 frames per second. For the full test results, head over to DxOMark.