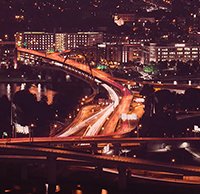 We hope you had a good weekend. Let's kick the new week off with another edition of Shutter Release, a regular roundup feature here at Imaging Resource. In today's Shutter Release, we will look at a video about shooting at ISO 200 instead of 100, JPEG versus RAW, a new function with Photoshop CC 2018 you need to see and finally a new Instagram tool which suggests hashtags based on your photo. Let's get started with today's Shutter Release!

Why does this pro shoot at ISO 200 instead of 100? - Beyond Photography

Andrew Boey often shoots at ISO 200 instead of 100. Why is that? It is because that's what he's used to. Boey used to shoot a lot of film and ISO 200 film was cheaper than ISO 100 film and he likes shooting at that ISO. Yes, base ISO is often less than 200 and it usually offers better results, but cameras are so good these days that you'd be hard-pressed to notice a difference between ISO 100 and 200 images. For Boey, he's comfortable shooting at ISO 200 and he has a lot of important reference points for shutter speed, aperture and ISO combinations at ISO 200 from his extensive film experience. That's very important to him.

RAW versus JPEG is always a popular and polarizing topic. Tony Northrup says "You should sometimes shoot JPEG and sometimes shoot RAW." Not a very controversial take on the issue, but his reasoning is interesting and may offer insight into when it's a good time to shoot JPEG.

You can upload photos to Photerloo and the website will automatically suggest keywords and Instagram tags. Choosing good Instagram tags is difficult but can make or break your success on the photo sharing platform. Learn more about it here.