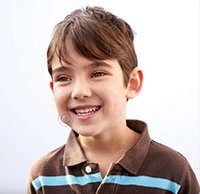 Phase One's Capture One software is one of the most powerful RAW editors on the market. The company works with Sony to provide Capture One Express with Sony camera purchases and Sony has been working on a post-production workflow series over at Alpha Universe. While the tips are aimed at Sony owners, anyone who uses Capture One Pro can take advantage of the educational content. The video below is from the Alpha Universe series and it's all about skin tones.

Color editing is one of the most important steps in any photo editing workflow and this is especially true for portrait photographers. Skin tones are tricky and becoming good with them requires a lot of experience. That said, Capture One Pro makes it as easy as any software I've used to dial in a realistic and natural-looking skin tone. Learn how to fix skin tones using Capture One Pro in the video below, which has been produced by Capture One expert David Grover.