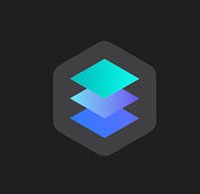 Macphun just recently released their new Luminar 2018 photo editor, and the company has already updated the software with new features and camera support.

Macphun, soon to be known as Skylum, released Luminar 2018 for Mac and Windows computers although the former Mac-exclusive developer is still playing catch up to some degree with the Windows version. They expect that within the next few months, the two versions will be equal with one another in terms of features.

Versions for both Mac and Windows have been updated with RAW support for the Nikon D850 and had numerous bugs fixed. The Windows version has new workspaces and luminosity mask support, which were in the Mac version when the software launched. For full details on the update, click here. The next update is scheduled to arrive on December 7. Macphun Luminar 2018 is currently on sale for Cyber Monday for $69 with a pack of free bonuses, which are a $130 value. Click here to learn more and try the software for yourself.